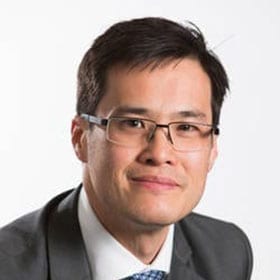 He subsequently returned to the Peter MacCallum Cancer Centre as consultant radiation oncologist in the GI/Sarcoma and SBRT team, prior to joining GenesisCare in 2014, where he consults at Footscray, Frankston and Berwick.

Marcus has subspecialty interests in gastro-intestinal cancers, and has published in international and national peer-reviewed journals. He has strong interests in stereotactic body radiation therapy (SBRT) and image guided radiation therapy (IGRT), and has attended numerous international conferences on SBRT. He has also been integral with building and developing GenesisCare’s SBRT program which commenced late 2014.