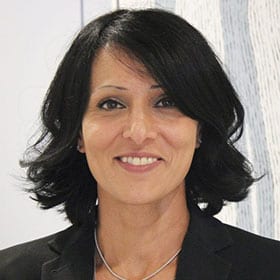 Dr Azzi completed her accredited training in 2013 as a radiation oncologist and was awarded the Fellowship of the Royal Australian and New Zealand College of Radiologist (Faculty of Radiation Oncology). She joined the Crown Princess Mary Cancer Centre at Westmead Hospital as a Clinical Head & Neck Fellow. In 2014 Dr Azzi was involved in a number of research projects within the department at the Translational Cancer Research Fellow (TCRC) under the supervision of Professor Veness and Dr Perera. In 2016 Dr Azzi was appointed as the Director of Training for the Central Coast Cancer Centre, Gosford where she was the coordinator for medical students’ rotation in oncology. She was also a member of the Education Portfolio Dr Azzi went on to be based at the Crown Princess Mary Cancer Centre, Westmead/ Nepean Cancer Centre in 2017, where she was the radiation oncologist staff specialist.