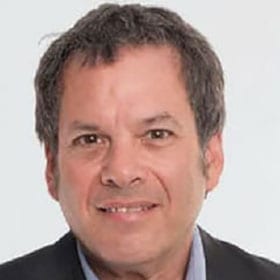 Whenever cure is not feasible, I endeavour to provide treatment that will control the symptoms of disease & maintain my patients’ quality of life

Jerry has several academic articles to his credit on the subject of skin cancers, radiotherapy for cardiac rejection following transplantation, and second primary tumours after definitive radiotherapy for head and neck cancer. He is also an investigator on trials evaluating the use of volumetric modulated arc therapy (VMAT) and intensity modulated radiation therapy (IMRT) in head and neck cancer and is a valuable mentor to medical students at the University of Western Australia.