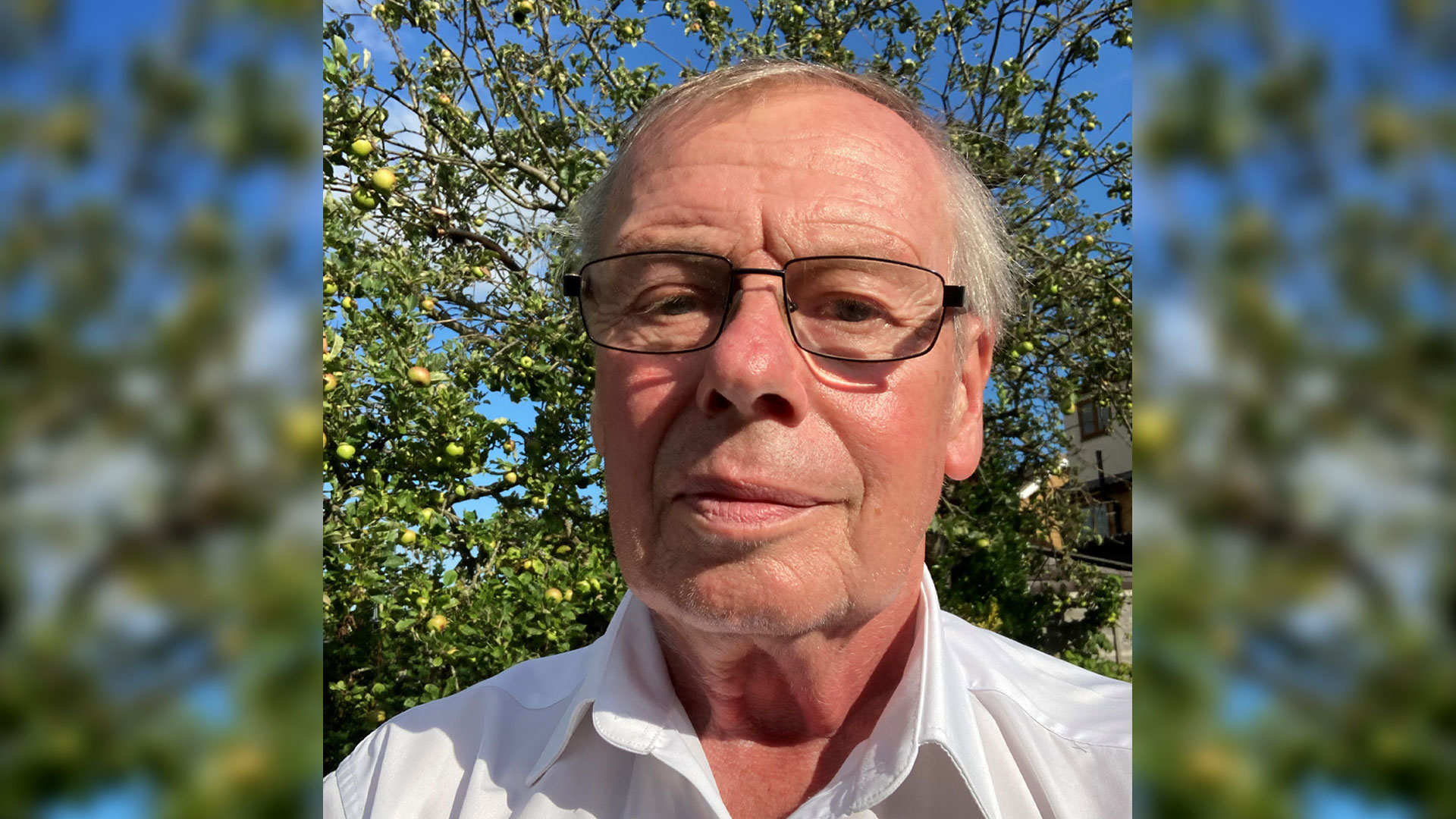 Alan is 73 years old and a grandfather to seven. He lives in Chelmsford with his wife of 51 years and works 2 days a week on a consultancy basis as a chartered engineer.

Alan enjoys spending time with his growing family as well as walking, playing bridge with friends and playing guitar.

“I was diagnosed with bowel cancer in March 2019. I’d been participating in the NHS bowel cancer screening programme for some time, and it was through one of these routine tests I received my diagnosis.” Having not experienced any symptoms to alert him to see his GP, Alan’s diagnosis came as a shock and he was dealt a further blow when further investigations confirmed he had stage 4 bowel cancer, meaning it was advanced and had already spread to his liver and some lymph nodes.

“I had surgery to remove the large bowel cancer and was quite quickly referred to Oncologist Dr Rafiqul Islam for chemotherapy.”

Dr Islam advises, “Alan was seen in an NHS clinic and was offered combination chemotherapy. During our consultation we discussed the options available to ensure we could achieve the best possible outcomes for him and discussed an additional drug called Bevacizumab (Avastin).

Avastin is an antibody which reduces the blood supply to the tumour starving it of nutrition and has been shown to improve the overall outcome in patients with bowel tumours. In many countries this is the first line standard of care for this tumour type, but unfortunately it wasn’t available to Alan on the NHS.”

Having private medical insurance, Alan said “It was very easy to activate my private insurance. I simply contacted my insurer and informed them of my condition and gave them the name of my consultant and everything was taken care of.”

“Since then, I’ve been receiving Avastin in combination with two chemotherapy drugs, 5- Fluorouracil and Irinotecan, which are used to treat bowel cancers. The treatment is delivered through a portacath (a small medical device that provides direct access to a central vein) in my chest and I’ve been having this every fortnight for more than two years”.

Whilst this is always administered by a healthcare professional, Alan’s been able to receive this treatment in the comfort of his own home and given the treatment lasts for 4 hours each time, it makes it an easier and more manageable experience than having to go into hospital each time.

“Until recently, this treatment regime had been reducing my cancer or at least keeping it stable, but when it started to become less effective Dr Islam started to look at different options’.”

Dr Islam confirms, “Up until September 2021 Alan was responding well to the chemotherapy, but a CT scan showed that the existing metastases in his liver had increased in number from 3 to 5. Because he had small but widely scattered tumours in his liver, he was a perfect candidate for stereotactic ablative radiotherapy (SABR) treatment on a new kind of radiotherapy machine, the MRIdian”.

The MRIdian is exclusively available in the UK at GenesisCare and one of the big advantages of its innovative technology is that it enables clinicians to see as they treat, meaning they can target moving tumours, such as those in the liver, whilst protecting surrounding healthy organs and tissue. Because our organs move when we breath, unlike other radiotherapy machines the MRIdian automatically pauses treatment when the tumour is outside of the target area and only resumes when it’s back in the target zone.

“During my treatment sessions I could watch and see the tumour and the target area on a screen. They had circles drawn around them and by controlling my breathing, I could help line them up so that everything was in the right place for treatment to take place. Once I’d mastered the breathing technique it was quite straight forward, and it gave me a sense of control”.

Alan received his MRIdian radiotherapy in just 5 treatment sessions – one every other day at the GenesisCare Centre for Radiotherapy at the Cromwell Hospital in London.

“Each of my treatment sessions lasted around 2.5 hours including the required preparation time. The actual treatment was about 20 – 30 minutes long.”

“I did experience tiredness and fatigue which increased quite a bit after each treatment session but since my treatment’s finished the tiredness has subsided and my energy levels are returning.” Despite these side effects and as someone who recognises the benefits of exercise, Alan’s kept up with his daily walks and other exercise.

“The treatment itself is painless. The team at GenesisCare have been great and they made me feel my welfare was their only concern. This treatment has given me hope and I would recommend it to anyone else considering it. It’s always important to go for the treatment that will give you the best possible outcome”.

Dr Islam confirms “using the MRIdian in Alan’s case enabled us to ablate the lesions in his liver and allowing him to continue with the same chemotherapy regime for longer. As a result, Alan’s tumour markers have reduced, and his recent MRI scan has shown that all treated lesions have reduced significantly from 14-17 mm to 4-5 mm in size. He has now restarted the same chemotherapy regime as before and I will continue to monitor his progress”.

Click here to find out more about MRIdian radiotherapy for liver cancers. 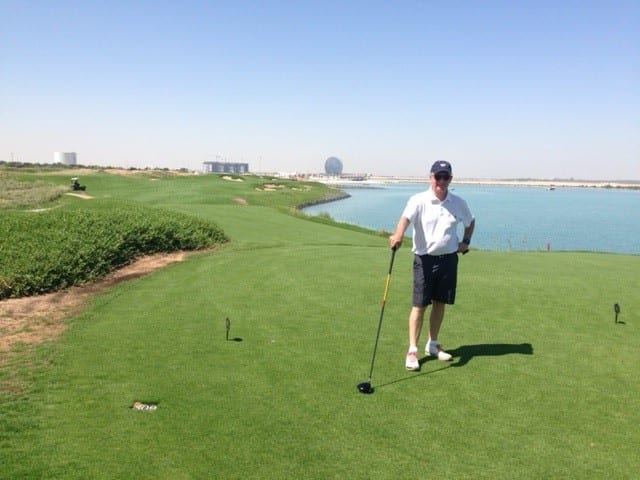 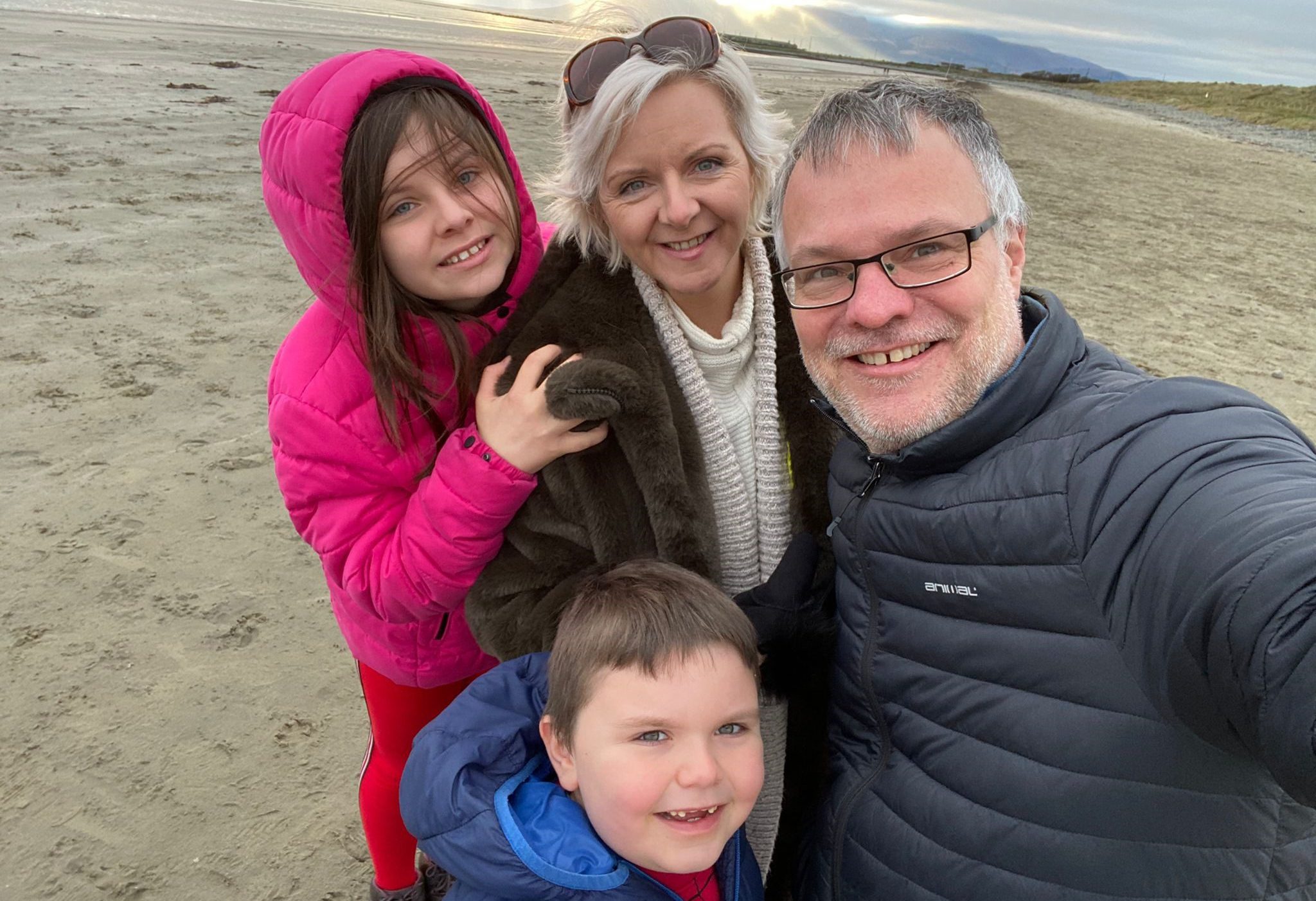 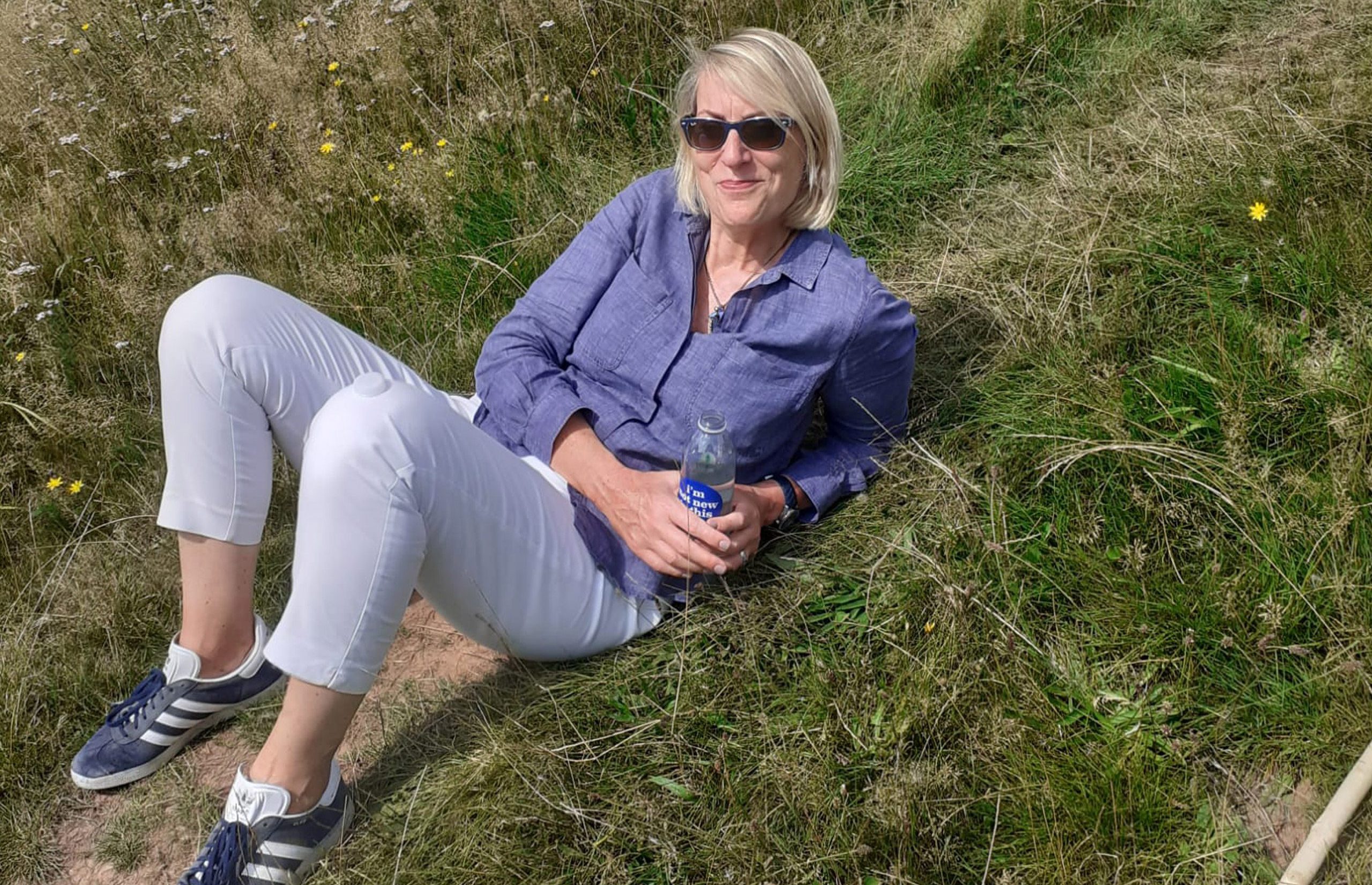 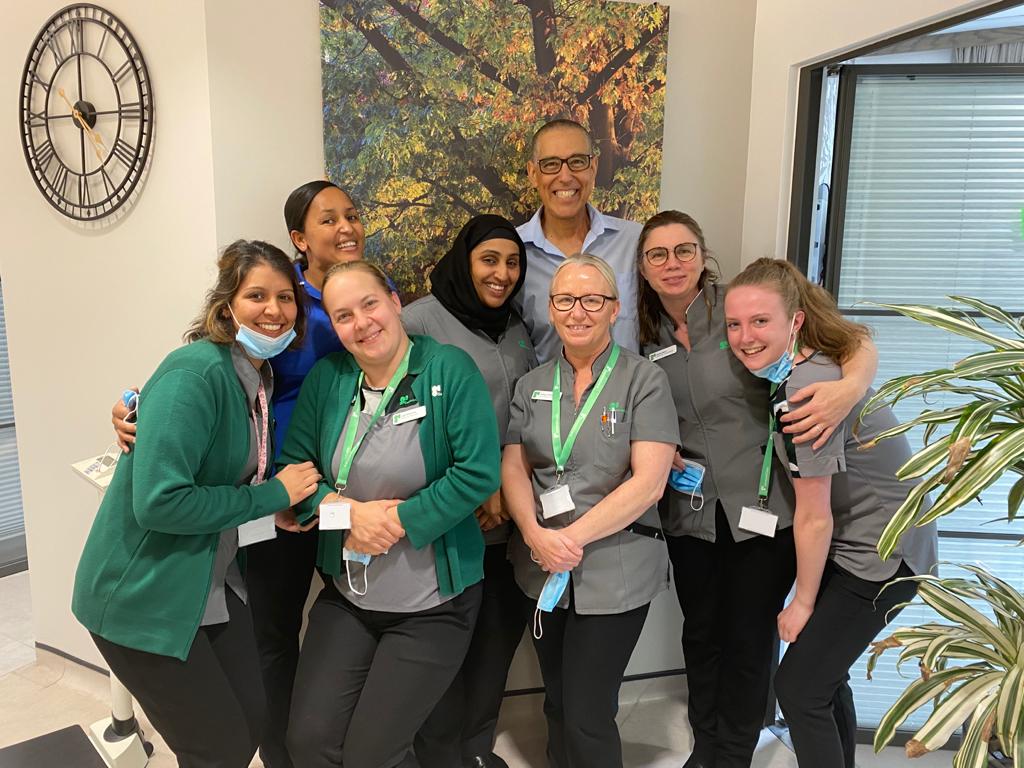 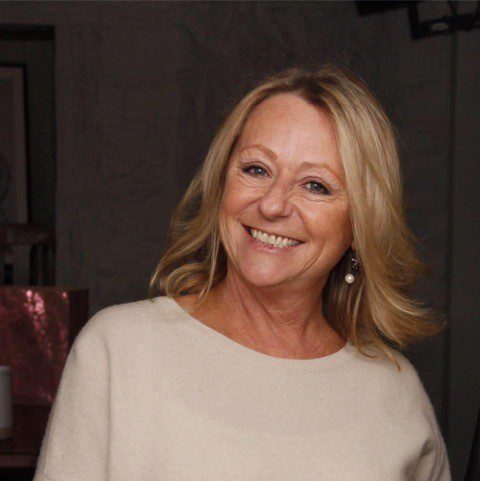