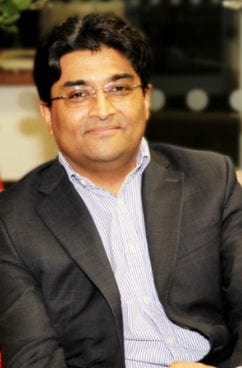 He undertook medical training at The London Chest Hospital, Hammersmith Hospital, University College London, Guy’s Hospital and The Royal Marsden. He obtained Membership of the Royal College of Physicians of London in 1997.

Dr Shah was awarded a Clinical Research Fellowship by The Imperial Cancer Research Fund undertaking a period of research looking at abnormal genes in pancreatic cancer and utilising this to try and develop a cancer specific viral gene therapy. This work led to the award of a PhD.

Dr Shah subsequently trained to become a specialist in Medical Oncology at The Royal Marsden Hospital and was awarded an ASCO Foundation Merit Award in 2005. He was appointed Consultant Medical Oncologist at the Kent Oncology Centre in 2006.

He is involved in training future medical oncologists and has an extensive role in clinical research. He has served on the NCRI Lung Group, acted as chairman of the Kent Lung Network Lead and continues to be the lead for research at his cancer centre.

Dr Shah is heavily involved in clinical research. He acts as principal investigator on many trials in his centre and has been a major champion in the introduction of immunotherapy into routine clinical practice within Kent.

He has published widely and regularly speaks both nationally and internationally on cancer issues.