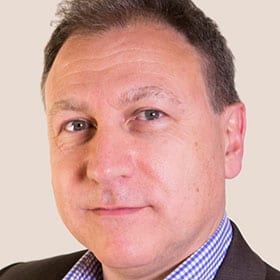 Mr Kevin O’Neill qualified in medicine from St Mary’s Hospital Medical School and Imperial College London in 1989, having obtained an intercalated BSc in neuroscience in 1986. He embarked on basic surgical training, obtaining his FRCS in 1994.

He embarked on a career in neurosurgery, obtaining his final fellowship in 1998 and becoming a consultant in 1999. He is now head of neurosurgery after specialising in neurovascular and neuro-oncology, where his main research interest is in developing new technologies and treatments.