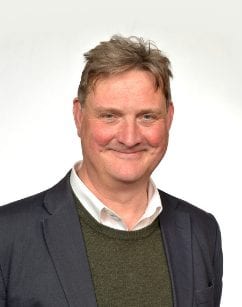 Mr Richard Stacey is a Consultant Neurosurgeon specialising in neuro-oncology, spinal and intracranial conditions. He qualified from the Royal Free Medical School in 1989. Richard started his neurosurgical training at Queen’s Square, followed by three years at the Walton Centre in Liverpool before returning to Queen’s Square to complete his training. In 1999 he was appointed visiting fellow and Consultant in Neurosurgery at the Sir Charles Gairdner, Hospital in Perth Western Australia.

Richard was appointed as Consultant Neurosurgeon at the John Radcliffe in January 2000. He is an Hon. Senior Clinical Lecturer at the University of Oxford. He is widely published in both peer reviewed neuroscience journals and text books.