Radiotherapy has been around for over 100 years, but it doesn't stand still. The last decade has seen a rapid expansion in the role of highly targeted ablative radiotherapy, which is aimed at eradicating tumours with minimal collateral damage through an entirely non-invasive and convenient treatment course. In 2015, the use of stereotactic ablative radiotherapy (SABR) in the United Kingdom was almost entirely confined to the treatment of small, inoperable primary lung cancers. An innovative programme in the National Health Service (NHS) saw this expanded to the treatment of oligometastatic disease, a situation in which there is limited spread from a primary tumour to other organs, and where randomised trial evidence has shown there is the realistic prospect of long-term cancer control in many patients when used alongside standard-of-care drug therapy. At GenesisCare we saw the potential of the MRIdian platform - a combination of an MRI scanner with a radiotherapy machine, which allows us to target tumours with next-level precision - to take the treatment of oligometastatic disease in new directions.

Our MRIdian programme has now treated over 600 private and NHS patients across our two centres, in Oxford and London. We're immensely proud of our team of doctors, physicists and radiation therapists, all of whom are focussed on achieving the best possible clinical outcomes for people with metastatic cancer. Some of that experience is summarised in our new publication, Evidence Summaries in Oligometastatic and Oligoprogressive Disease, which we hope you enjoy. We're also proud to have delivered MRI-guided SABR to 50 NHS patients with pancreatic cancer during the COVID19 pandemic, when they had few if any other options for active treatment, and to have fully funded a trial at the University of Oxford looking at shortening the treatment course from five to one session, further increasing the potential for patient benefit.

Until recently, data on the use of SABR for oligometastases was predominantly limited to single-arm and observational studies. The SABR-COMET (Stereotactic Ablative Radiotherapy for the Comprehensive Treatment of Oligometastases) trial represents a significant addition to the literature as the first randomised controlled trial to compare outcomes of SABR plus standard of care with standard of care alone in oligometastatic disease. Long-term results published in 2020 demonstrated significant improvement in outcomes for patients treated with SABR:

Since March 2020, SABR has been available through the NHS for patients with oligometastatic disease, limited to patients with metachronous oligometastatic disease and no more than three metastases (with the exception of synchronous colorectal liver metastases that meet other criteria). The NHS commissioning policy was based on an Evidence Review and a Commissioning through Evaluation (CtE) study. In this single-arm study, 1,422 patients with 1-3 metastases were treated with SABR. Overall survival was better than estimated at 92.3% at one year (compared with a prediction of 70%) and 79.2% at two years (compared with a prediction of 50%). The toxicity profile was favourable and there were no treatment-related deaths reported.

Evidence for the impact of SABR on outcomes is growing. Key published studies include:

Further research into SABR treatment is ongoing. Key trials include:

The encouraging Phase II data from SABR-COMET has provided further support to the growing body of evidence indicating improved patient outcomes following treatment of oligometastases with SABR. Combined with rapidly developing practical experience of treatment, SABR is increasingly becoming a treatment option of choice. Whilst further data are awaited to build on the understanding of the clinical application of SABR treatment, access to those patients able to benefit from it should be supported. GenesisCare is committed to offering the highest standards of care in treating all patients with cancer, as well as continuing to recognise the importance of patient choice.

GenesisCare is recognised as a centre of excellence for SABR treatment in the independent sector and is one of the providers leading the advancement of this treatment in the UK. The GenesisCare service is guided by a team of expert clinicians with extensive experience in delivering SABR for all tumour types. Patient selection is a key determinant of successful outcomes. Our focus is on:

We’re committed to helping build the body of evidence for SABR, notably through our partnership with the University of Oxford to increase trial access to MRI-guided SABR. As a patient-centric organisation, we are also motivated by the opportunities SABR presents to improve patient experience and quality of life. We have a twice-weekly SABR MDT to discuss potential cases and our SABR Advisory Team can provide informal advice and assistance in assessing whether SABR might be a suitable treatment for individual patients.

To read our full evidence summary for SABR in oligometastases, download the SABR Innovations Journal (Oligometastases Edition). This comprehensive evidence summary contains relevant case studies across all tumour groups and a range of SABR approaches, from simple to complex and MRI-guided.

Find out more about SABR at GenesisCare here. 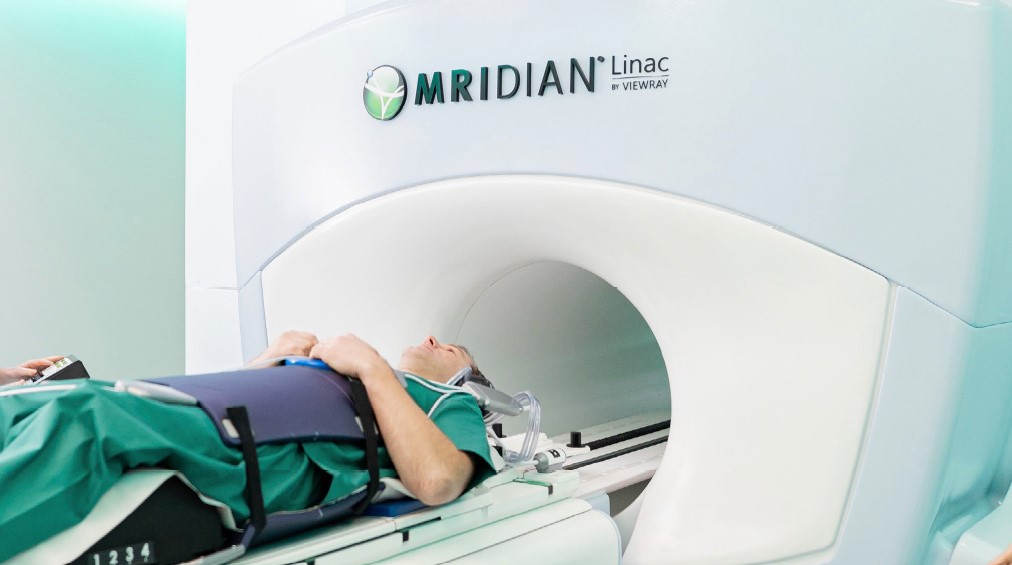