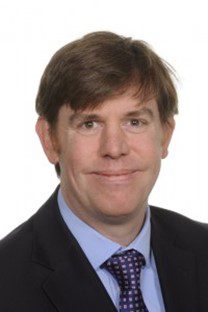 Mr Leslie is a Consultant Urological Surgeon in Oxford and Milton Keynes. His main clinical areas of interest are robotic prostatectomy, diagnosis of prostate cancer including targeted and template biopsies, minimally invasive treatments for prostate cancer such as HIFU and brachytherapy, general urology, and vasectomy. He completed his undergraduate and basic surgical training at the Bristol Royal Infirmary. He moved to Oxford in 2004 and completed a D.Phil in Surgery at the University of Oxford. He was then appointed as a Clinical Lecturer in Urology in the Nuffield Department of Surgical Sciences, University of Oxford; in this post he combined research with specialist training in Urology in the Oxford Deanery. For the final two years of his training, he trained as a robotic surgeon under the mentorship of Prof Freddie Hamdy at the Churchill Hospital, Oxford. In 2013, he was appointed to his current post as a Consultant Urological Surgeon in Oxford and Milton Keynes. Mr Leslie is a Honorary Senior Clinical Lecturer in the Nuffield Department of Surgical Science, University of Oxford. He is Principle Investigator for NIHR funded clinical trials such as PART, TRANLSATE, ADD-Aspirin, and the Medical Detection Dogs. He is LCRN Cancer Subspecialty Lead in Urology for Thames Valley and South Midlands Cancer Network and sits on the NCRI Prostate Group, the national steering group for Prostate cancer research in the UK. Mr Leslie is the Training Programme Director for Urology specialist training in Urology in the Thames Valley Region. His is Patron of the Milton Keynes Prostate Cancer Support Group and a Trustee of UCARE, an Oxfordshire based urology charity. He is a Prostate Cancer UK Clinical Champion.