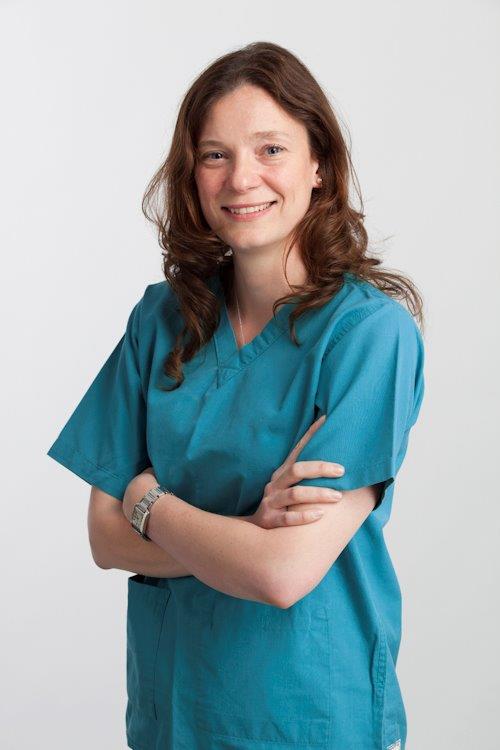 Karina Cox MBBS FRCS MD is an experienced breast cancer surgeon. She was appointed as a Consultant Breast and Oncoplastic Surgeon at Maidstone and Tunbridge Wells NHS Trust in 2011.

She is also an Honorary Senior Lecturer at The University of Kent and the incoming chair of the Association of Breast Surgery’s Clinical Practice and Standards Committee.

Karina graduated from Imperial College School of Medicine at St Mary’s in 1998 and completed her basic surgical training in London. She then spent two years as a clinical research fellow at Imperial College London investigating the function of immune cells in lymph nodes draining breast cancer. Following on from her research, she continued her training as a general surgeon with The London Deanery before sub-specialising in Breast and Oncoplastic surgery.

In 2009, she was awarded the National Breast Oncoplastic Fellowship in Manchester. Prior to her current appointment, she spent six months as a locum Breast and Oncoplastic consultant at The Royal Marsden Hospital.

Karina is part of a research group developing new ways to image and treat lymph nodes in patients with breast cancer and is the chief investigator of 2 clinical trials. She also works collaboratively with scientists in the School of Biosciences at The University of Kent and maintains an interest in the link between lifestyle factors such as diet and exercise and breast cancer risk and survival. She is also Chair of the Trustees at the charity Breast Cancer Kent.

As a surgeon, she is fully trained in breast reconstruction and advanced breast conservation as well as surgery to symmetrise the breasts after cancer treatment. She is also experienced in cosmetic breast surgery including improving the appearance of the breast after surgery and radiotherapy.