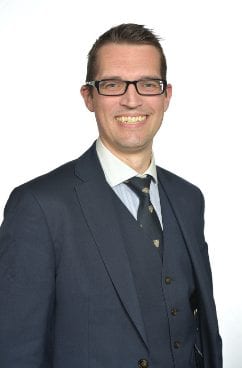 Mr Philip Charlesworth is a Consultant Urological Surgeon who has specialised in the diagnosis and treatment of Prostate Cancer & Bladder Cancer, as a Consultant since 2012. He is Chairman of the Specialist Uro-Oncology MDT across the South Thames Valley for the NHS, and for Berkshire & London for GenesisCare UK. He offers specialist clinics in Berkshire (Reading & Windsor) as well as Central London (Harley Street).

Mr Philip Charlesworth worked in the NHS and Military hospitals on the South Coast of the UK, before going to the University of Oxford in 2004 to begin a post-graduate degree in the Molecular Genetics of Urological Malignancies, at the Institute of Molecular Medicine, University of Oxford.

Mr. Charlesworth has performed over 600 robotic major pelvic uro-oncological cancer operations over the past 5 years and is ranked as one of the highest volume surgeons according to nationally published statistics.

Most recently Mr Charlesworth has been part of the introduction and set up of the UrologyHub at GenesisCare providing fast access to expert urologists and the latest diagnostic test for both men and women. He has also pioneered the simplification of prostate hydrogel spacer insertions (including the widespread adoption of transition from a GA procedure to an LA procedure) and driven / developed a quality assurance measure across the UK for their insertion.