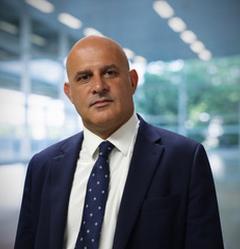 His specialist training in plastic & reconstructive surgery started in 1998, working in London, Wales & Scotland. He obtained an MSc (Distinction) in Surgical Science from University College London in 2000 and completed his plastic surgery training with subspecialty microsurgical fellowships at the Royal Marsden Hospital and St Thomas’ Hospital in London.

Mr Durrani has been on the GMC register for plastic surgery since 2006, being awarded the FRCS (Plast)  at that time, and has worked as a consultant plastic & reconstructive surgeon at Addenbrooke’s Hospital in Cambridge since 2007.

Since 2009, Mr Durrani has been the plastic surgery lead for skin cancer for Cambridgeshire, based at Addenbrooke’s Hospital, and has a specialist research interest in both melanoma & non-melanoma skin cancer, recruiting to regional and international skin cancer trials.

He set up the regional sentinel lymph node biopsy service for malignant melanoma in 2009 at Addenbrooke’s Hospital, and since then has helped to establish the metastatic melanoma multidisciplinary weekly meeting and more recently introduced the technique of electrochemotherapy for management of advanced skin cancer metastases.