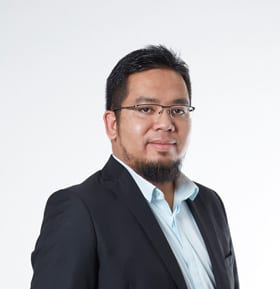 Through evidence-based medicine, I endeavour to provide outstanding care & treatment to my patients, viewing each & every one as an individual.

Even in high school, Kasri knew that he wanted to be an oncologist. His motivation saw him leave his large family in rural Malaysia to study medicine in New Zealand.

After obtaining his medical degree from the University of Otago (NZ) in 2009, Kasri entered the radiation oncology specialist training program which eventually took him to the Royal Adelaide and Lyell McEwin hospitals in South Australia and the Alan Walker Cancer Care Centre Darwin. Following this, Kasri completed a clinical research fellowship to further expand his knowledge of advanced techniques. After working as a specialist radiation oncologist and university lecturer in Queensland, he joined GenesisCare in Western Australia and is the director of the South West Radiation Oncology Service.

A keen researcher, Kasri has several poster and oral presentations both in Australia and overseas to his credit, and is keen to pursue further research activities.

Kasri is quite the cook – Malaysian and South East Asian cuisine are his specialty.  He also likes to dabble in DIY and has green fingers, just like his father.