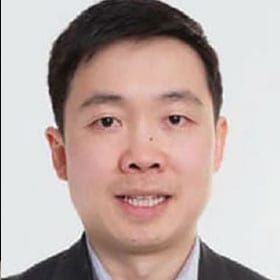 Ultimately, I want to cure my patient’s or improve their quality of life. Timely access to state-of-the-art technology helps me to achieve this.

Eugene graduated from the University of Western Australia with his medical degree in 2001. He went on to complete specialist training in radiation oncology at Sir Charles Gairdner and Royal Perth hospitals, and became a fellow of the Royal Australian and New Zealand College of Radiologists (RANZCR) in 2010.

He undertook a postgraduate clinical research fellowship in breast cancer oncology at the Australian and New Zealand Breast Cancer Trials Group (ANZBCTG), and was a locum consultant radiation oncologist at the Calvary Mater Hospital in Newcastle prior to moving back to Western Australia (WA) in 2011.

Upon his return to WA, Eugene helped to establish the South West Radiation Oncology Service, GenesisCare’s first regional service, which opened in Bunbury in 2011. He was instrumental in the development of the Mandurah centre, which opened in 2019, where he is Director of Clinical Services.  He also holds consultant positions at Wembley and Fiona Stanley Hospital.

Eugene maintains ongoing involvement in the training of medical students and trainee radiation oncologists.  He has been a senior clinical lecturer with the Rural Clinical Medical School of Western Australia and an examiner with the RANZCR for the phase I radiation oncology exams. He maintains an active interest in research and, as a principal investigator of GenesisCare as well as clinical trials with the Trans-Tasman Radiation Oncology Group (TROG), has seven peer reviewed publications to his name. He is also the WA representative on the GenesisCare Research Leaders Forum.

Eugene is married with three young children. He figures he’s now well qualified to lecture on the art of changing nappies! He’s keen to improve his golf games, but most of all enjoys spending quality time with his family.

While working across all tumour types, Eugene has specific clinical expertise and interest in the treatment of breast, prostate, gastrointestinal and skin cancers.