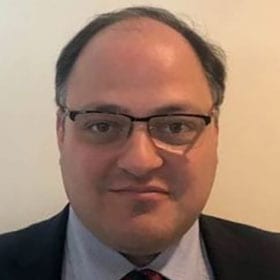 Reza obtained his primary medical degree at the SBUMS University of Medical Sciences, Tehran in 2006. He then completed his specialty training in Radiation Oncology in NSW and QLD. Dr Rahbari obtained his fellowship from the Royal Australian and New Zealand College of Radiologist in 2016. He continued his subspecialty training in head and neck cancers and stereotactic radiation therapy at the Princess Alexandra hospital in South Brisbane

Reza was awarded RANZCR David Wigg’s Prize for his collaboration and research in radiobiology in 2014. In addition, he has presented at national and international conferences. He is a peer reviewer for the Journal of Oral Oncology and Asia-Pacific Journal of Clinical Oncology. Reza works as head and neck radiation oncologist at St George hospital in Kogarah and is actively involved in medical students, residents and registrars teaching.