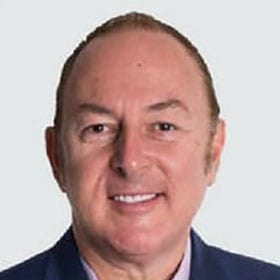 I aim to bring the latest advances to my patients as quickly as possible, to enable them to achieve the best possible results from treatment.

Andrew trained initially in Liverpool in the UK and obtained his membership of the College of Physicians (UK) in 1998.

After immigrating to Australia, he continued his training in internal medicine and palliative care at Sir Charles Gairdner Hospital (SCGH) in Perth and Royal Prince Alfred Hospital in Sydney, becoming a fellow of the Royal Australian College of Physicians in 1993.

On returning to Perth, Andrew established the palliative care service at SCGH and St John of God Hospital Subiaco (SJOGS), and was appointed professor of palliative medicine by the University of Western Australia.

In 2001, having recognised a gap in healthcare information, Andrew established a quality health information website, myvmc.com, as a resource for patients, their families and allied health professionals. This effort was recognized by IT initiative awards and the Prime Minister’s Award for excellence in community business partnerships. The website enabled Andrew to sponsor a scholarship for two medical students to attend a cancer elective in Lund (Sweden) for a number of years.

Driven by his passion to help patients with life-threatening illnesses, Andrew furthered his training in medical oncology and began working full-time as a medical oncologist in 2006, initially at SCGH and SJOG. He is currently head of the Department of Medical Oncology at SJOGS and a highly valued consultant with GenesisCare in Joondalup.

Andrew has published articles on symptom control, novel therapies for ovarian cancer, pancreatic cancer, and the molecular profiling of solid tumours. He regularly participates in international clinical trials and continues to be a major contributor to pancreatic, lung and ovarian cancer studies.

Andrew is a bit of a Top Gun! He has a private pilot licence and regularly flies to Geraldton for his oncology clinic. He is also a trained sniper (1985), and practised jujitsu for 22 years before retiring from the sport in 2008. When he’s not flying, you’ll find him following in the steps of his father Ken, a chef, cooking up a feast in the kitchen, or enjoying a bit of scuba diving.

While providing treatment across all adult solid tumours, Andrew’s key areas of interest are upper gastrointestinal and gynaecological tumours.