Oligometastatic disease is considered a transitional state between localised and widespread metastatic cancer.

The clinical function of this term is to describe patients in whom cancer spread has been identified, although with few metastases, typically one to five.1,2 More importantly, this categorisation allows clinicians to identify cancer patients who may be considered to have a survival rate comparable to localised disease,1 and whose condition may be responsive to stereotactic radiation therapy.1,2

Historically, the standard-of-care for oligometastatic cancer has been surgical resection or palliative systemic therapy.1,3,4 However, despite demonstrating the ability to delay cancer progression and extend life expectancy, systemic therapies often cause toxicities with negative consequences for the patient’s quality-of-life (QOL).3

Metastasis-directed therapies for oligometastases have recognised curative ability, supporting the aim of eradicating metastatic lesions and rendering the patient disease-free.4 Surgical resection is one such technique of metastasis-directed therapy and may be the preferred method in selected circumstances.4 However, metastasectomy comes with site-specific perioperative risks and may not always be the most effective therapy, given the complexity of the oligometastatic state and multi-organ involvement.4

Considering this, less invasive alternatives of metastasis-directed therapy are being increasingly used in oncology, including SRS for oligometastatic disease.1,3,4

the role of stereotactic radiation therapy

Dr. Sonal Sura, GenesisCare radiation oncologist in Naples, FL says, “Stereotactic radiosurgery has changed the way we treat metastatic patients. Patient quality of life is easily maintained with SRS since it involves a short number of treatments with a small amount of tissue treated.”

SRS was first demonstrated to offer improved survival rates for secondary brain cancer while retaining better quality-of-life than whole-brain radiation therapy.5 As SRS involves an accurate, high-dose delivery of radiation to the target site, the technique may minimise damage to adjacent tissue.5

In the context of oligometastatic disease and extracranial metastases, the terms stereotactic ablative body radiotherapy (SABR) and stereotactic body radiation therapy (SBRT) are more commonly used and may be used interchangeably with SRS.1 SABR is characterised by one to five treatments of high dose, highly conformal radiation,4 over a relatively short period (few fractions).1

The efficacy of SABR has been demonstrated in a wide variety of cancers, including pulmonary, hepatic, spinal,4 colorectal, and prostate.2 Rates of tumour control in many clinical settings have exceeded 80 to 90% with SABR, depending on the type of primary cancer.4

Studies investigating long-term outcomes have noted promising results in patients who received SABR treatment for oligometastases. In one phase II randomised clinical trial, long-term follow-up of patients with a controlled primary tumour and up to five oligometastases found a median overall survival improvement of 22 months compared with the control group receiving standard-of-care therapy (palliative systemic and/or radiation therapy). There was also a significant improvement in progression-free survival (p .001).2 It should be noted that palliative standard-of-care systemic therapy was administered to the treatment arm as indicated, concurrently to SABR.2 Within the treatment group, patients with three or fewer metastases demonstrated superior progression-free survival and overall survival rates than those with four or five metastatic lesions.

As treatments with curative intent, such as SABR, improve survival rates among cancer patients, long-term QOL among this cohort is of increasing interest.6 Multiple studies have demonstrated that treatment with SABR for various cancers does not result in a detriment to patient QOL.2,7,8 In light of certain cancer therapies, such as systemic treatments or conventional radiation therapy, resulting in toxicity and a decline in QOL,3,5 therapeutic options with the ability to retain QOL in cancer survivors with extended life expectancies are increasingly valuable.

The importance of patient selection

Not all patients with oligometastatic disease will benefit from SABR over surgical resection (or other standard-of-care therapies). Despite the known perioperative risks, metastasectomy remains a valuable treatment option for selected patients. For example, it has demonstrated superior control of large, central tumours in lymphadenopathy. Furthermore, surgical resection provides tissue sampling for further analysis.9

Nonetheless, there is evidence that the application of SABR in select patient groups with oligometastatic disease has the potential to significantly improve overall survival,2 with stereotactic radiation therapy increasingly recognised as a viable, non-invasive treatment option for up to five metastatic lesions at multiple organ locations.2

Disclaimer: Any procedure including treatments involving radiation carry risks, including skin irritation and associated pain. Before proceeding with a referral for treatment, patients should be advised to seek a second opinion from an appropriately qualified health practitioner. As in any medical procedure, patient experiences and outcomes will vary. 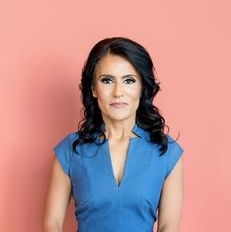 Sonal Sura, MD, MBA has a special interest in breast, skin and GI malignancies. She is Board Certified with the American Board of Radiology in the specialty of Radiation Oncology. Before relocating to Naples, FL to join GenesisCare Oncology, she served as the Director of Radiation Oncology at NYC H+H/Elmhurst, NY and Assistant Professor at the Icahn School of Medicine at Mount Sinai.