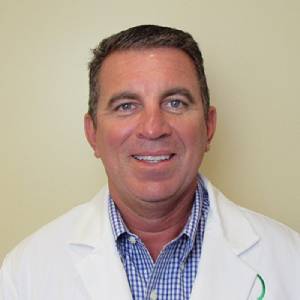 William F. Crook, MD is local to the Treasure Coast having been raised in the Vero Beach and Fort Pierce areas. He has been a board-certified radiation oncologist since 2004. He completed medical school and residency at the University of Miami, and was a chief resident in 2003- 2004. During his-time in practice, he has had experience in IMRT, 3-D conformal, Gamma Knife, CyberKnife”, Tomo Therapy, HDR and LDR (seed implant) brachytherapy.

He returned to the Treasure Coast in 2007 when he co-founded Coastal CyberKnife and Radiation Oncology in Fort Pierce. He opened a Vero Beach office in 2009. Dr. Crook has participated in a variety of cancer research studies and has spoken at numerous community and physician educational seminars. In December of 2013, Dr. Crook merged his practices with South Florida Radiation Oncology.

Dr. Crook is not only a leader in his field, but a leader in the community as well. He is a volunteer for Habitat for Humanity and coaches baseball and soccer in the Treasure Coast.