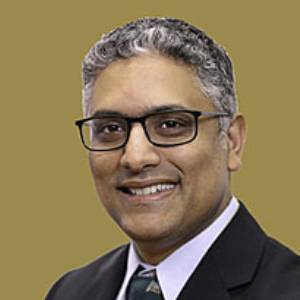 He was an assistant professor in radiation oncology at Dartmouth Hitchcock Medical Center specializing in gastrointestinal and genitourinary oncology and then at Duke University with a specialization in head and neck and gynecological oncology.
In 2008, Dr. Kasibhatla joined GenesisCare oncology in Rhode Island where he predominantly treated patients with head and neck cancer, GI and GU malignancies. From 2009-2014, he was the director of the Radiosurgery Center of RI – utilizing the state’s only cyberknife radiosurgery system for the treatment of early stage lung cancer as well as metastatic disease to the lung, brain, spine and liver.

In 2014, Dr. Kasibhatla returned home to North Carolina to lead the radiation oncology team at UNC-High Point. During his tenure, High Point radiation oncology developed a strong radiosurgery program and was routinely recognized as one of the highest rated outpatient clinics in the UNC healthcare system.