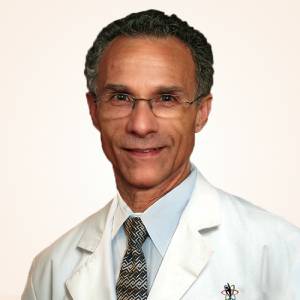 Diagnostics
Service
Service/Cancer
Service/Cancer/Diagnostics
Dr. Medina received his medical degree from the University of Zaragoza, Zaragoza, Spain, and completed his residency at Jackson Memorial Hospital in Miami, where he served as the chief resident. He was trained in various methods of brachytherapy and stereotactic radiosurgery before other residency programs in the United States were using such techniques. After he completed his residency, Dr. Medina joined the faculty of the University of Miami as an instructor and then an assistant professor. In 1989, he began his private practice in Broward County and has resided there for 19 years. He served as the medical director of radiation oncology for the Michael and Dianne Bienes Comprehensive Cancer Center at Holy Cross Hospital. He joined South Florida Radiation Oncology in 2013.